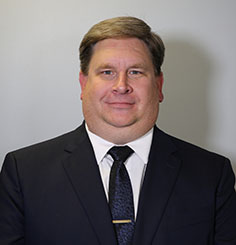 Raised on the banks of the Mississippi River in Vicksburg, Mississippi, Robert grew up in a town rich with Civil War and old south history and culture. Through his collegiate studies, and opportunities to live, work, and study abroad, he learned Russian, French and Hebrew languages.

After starting a career in International Student Advising, Robert enrolled in Law School at Texas Wesleyan School of Law (now Texas A&M School of Law) in Fort Worth, Texas. It was during his attendance at law school that he and his wife completed the adoption of 3 children from the Kemerovo Oblast in the Siberian region of Russia, thus giving him a passion for immigration issues.

Robert is a member in good standing of the Texas Bar Association and the American Immigration Lawyers Association. When not at the office Robert enjoys spending time with his family, traveling around the United States and internationally visiting historical sites, and reading historical fiction.